HR 1 and the Koch Brothers 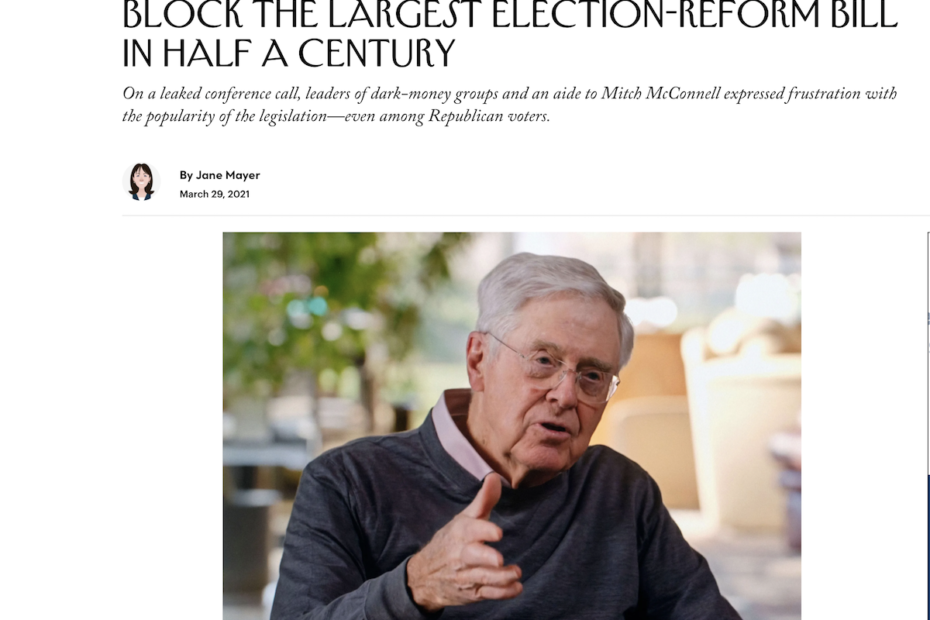 “A recording obtained by The New Yorker of a private conference call on January 8th, between a policy adviser to Senator Mitch McConnell and the leaders of several prominent conservative groups—including one run by the Koch brothers’ network—reveals the participants’ worry that the proposed election reforms garner wide support not just from liberals but from conservative voters, too. The speakers on the call expressed alarm at the broad popularity of the bill’s provision calling for more public disclosure about secret political donors. The participants conceded that the bill, which would stem the flow of dark money from such political donors as the billionaire oil magnate Charles Koch, was so popular that it wasn’t worth trying to mount a public-advocacy campaign to shift opinion. Instead, a senior Koch operative said that opponents would be better off ignoring the will of American voters and trying to kill the bill in Congress.”